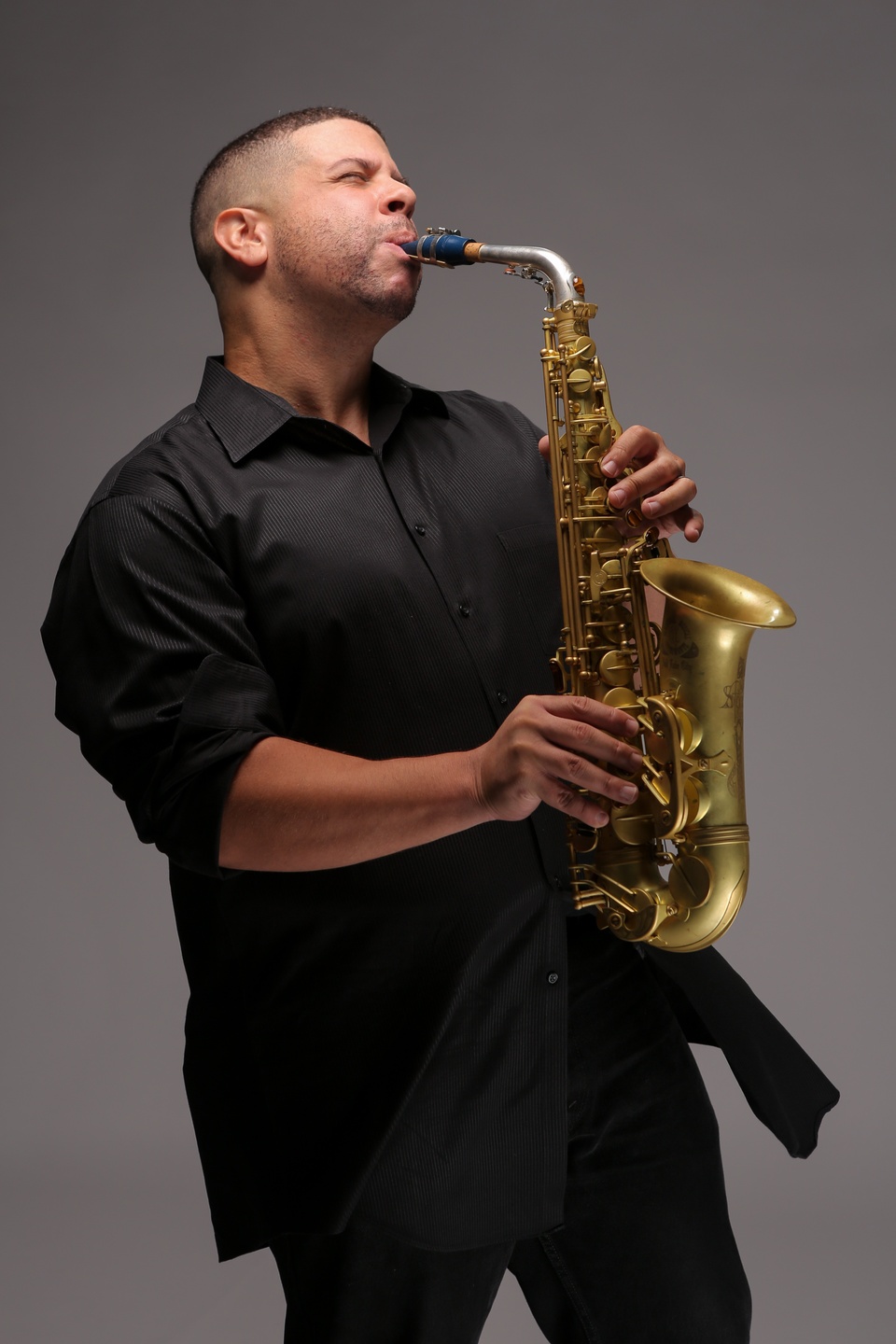 WHILE MOST CHOOSE THEIR PATHS IN LIFE, GABRIEL BELLO CLEARLY HAD NO CHOICE: HE WAS ALWAYS MEANT TO BE NOTHING LESS THAN A FORMIDABLE MUSICAL FORCE.

Gabriel’s musical journey began in Lawrence, Massachusetts where Gabriel’s Dominican father, a percussionist, helped form his son’s earliest musical memories. Childhood would later find Gabriel discovering his own musicianship when the family moved to DeLand, Florida where Gabriel sang in church choirs and learned a range of instruments including flute, saxophone, and piano. Outside of church, Gabriel maintained a steady diet of his parents’ musical culture coupled with the pop and jazz icons of the day including Michael Jackson, Grover Washington Jr., Stevie Wonder, Toto, Chuck Mangione, and David Sanborn.

These musical guideposts led Gabriel to study music at Lee University in Tennessee, but a cancer diagnosis, subsequent months of treatment, and an eventual miraculous healing after playing a concert with worship artist Ron Kenoly set Gabriel on a new path to full-time music ministry. Extensive work with churches throughout the Southeast allowed Gabriel to hone his instrumental, vocal, and engineering abilities, skills which would serve him well in his new destination: the Nashville Music scene. During his tenure in Nashville, Gabriel played on and produced a number of sessions for Kings Mountain Records including two No. 1 Billboard singles, Crystal Dove’s “Until You Come Back to Me” and Temar Underwood’s “Inside Out.” His Nashville period also found Gabriel performing and collaborating with a range of artists including Alvin Slaughter, Gary Oliver, Ron Kenoly, Geron Davis, Christ Church Choir, Jentzen Franklin, and Rascal Flatts. Just before leaving Nashville to pursue a solo career, Gabriel was a finalist to be musical director for American Idol winner Carrie Underwood’s first tour and was also approached to be Kellie Pickler’s musical director.

The path of the solo artist has seen Gabriel bring his inconceivable level of talent as a vocalist, multi-instrumentalist, composer, producer, and engineer to bear on a 2011 self-titled debut that occupied the No. 1 spot on the Billboard Smooth Jazz Charts for eleven weeks. Additionally, Gabriel’s debut release unseated Michael Buble’ from the No. 1 spot on the Billboard Jazz Charts. 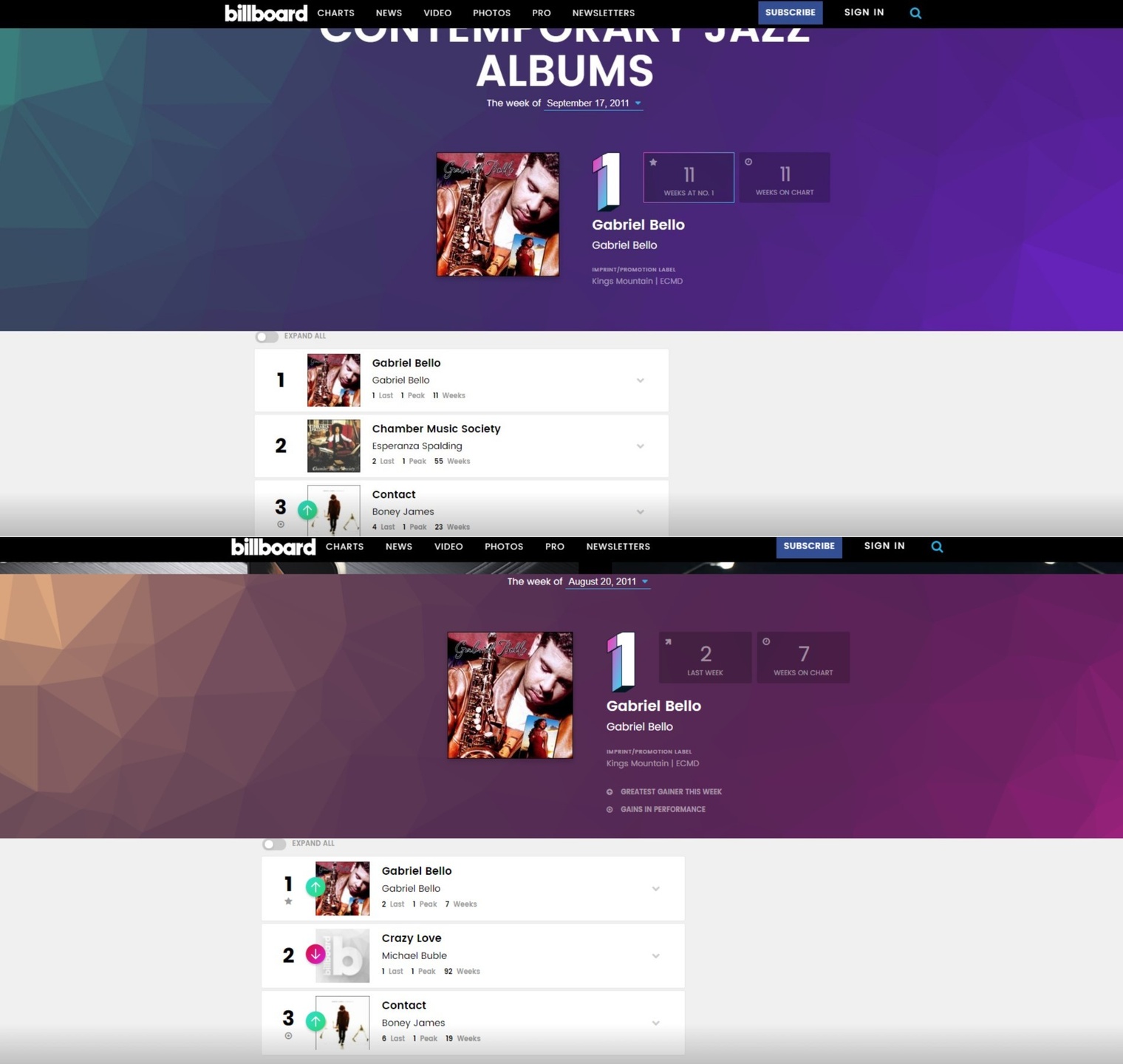 Outside of his solo career, Gabriel’s abilities have made him an in-demand choir and worship leader, earned him a 2012 SESAC Honors Award for album sales and publishing, and found him producing, mixing, mastering, and performing with artists like Pastor James R. Adams and the Abounding Life Church of God in Christ’s on their release “Times of Refreshing” which ranked fourth on the Billboard Gospel Albums Chart. His first Christian/Gospel album & second solo release “Miracle”, named after the miraculous birth of his first child Evangeline Grace, saw him sharing the stage with Israel Houghton, Tye Tribbett, Tasha Cobbs & Kierra “Kiki” Sheard. He also tours and performs internationally with his tribute shows “Natural Wonder - The Music of Stevie Wonder” & “Bless The Rains - The Ultimate Toto Tribute Experience”

With a wealth of accomplishments and accolades behind him in fields spanning the music industry and a host of genres, Gabriel Bello, a consummate performer, composer, and producer, continues to venture where his talents and faith take him.

Gabriel is a proud endorser of: 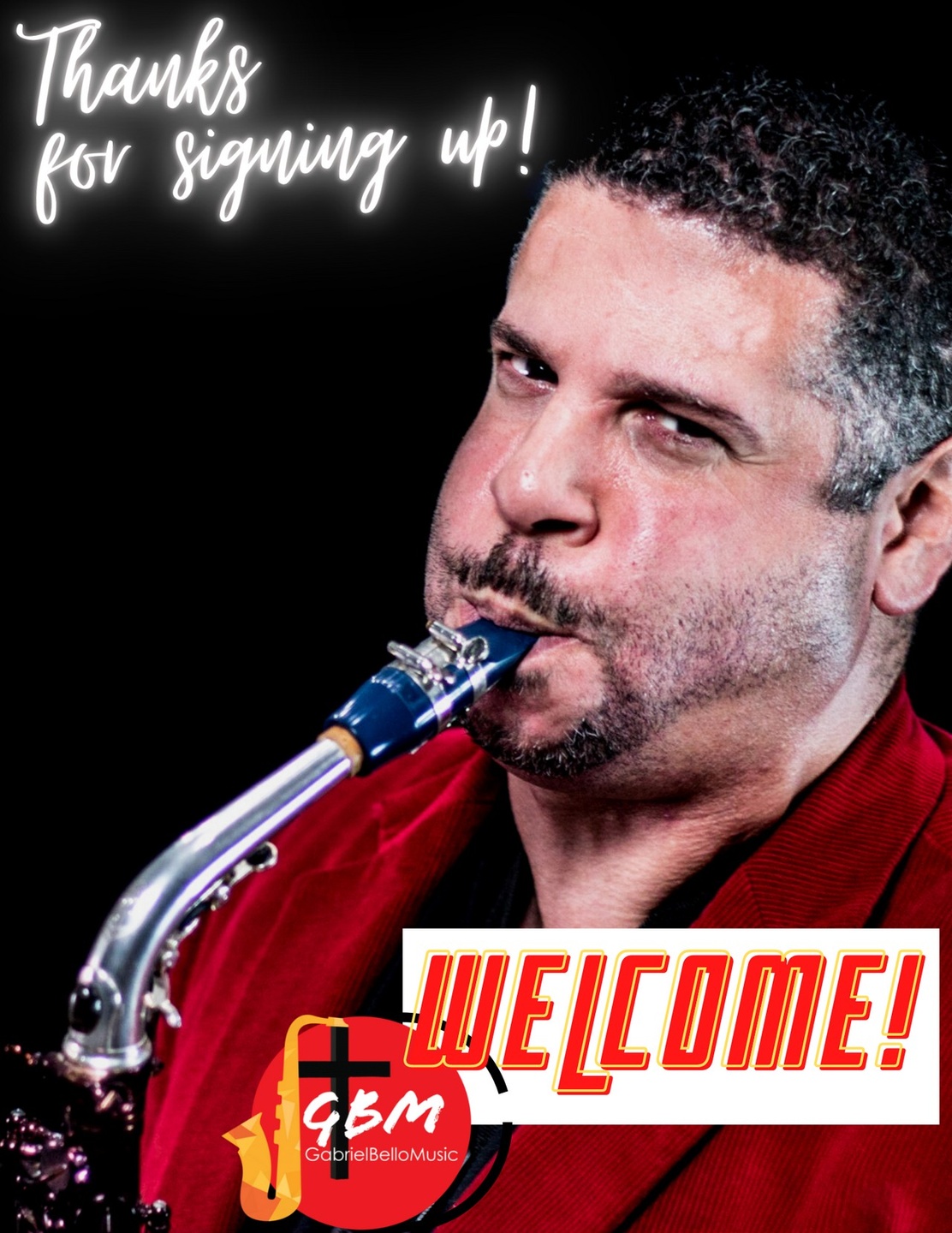 Get free music and special content only for my supporters!